In 2012, the World Fair Trade Day framed this year’s donation from Fair Trees Fund for Ambrolauri-Tlugi. This year as well as former years, children were the focus of the donation, which concentrated on public health and education.

Thus, more than 600 children were offered a visit to the dentist’s and ambulant medical treatment. Moreover, the children have been equipped with satchels containing pens and paper, and last but not least the fund has donated 13,000 pounds for the renovation of the local school.

Fair Trees Fund highly values the work done in Georgia and is grateful for the appreciation with which the contribution is met. This appreciation was articualted by the Georgian ambassador, Nikoloz Rtveliashvili, when he visited Denmark:

”I have the pleasure of supporting Fair Trees and all the social initiatives implemented within its activities in Georgia. It is a really big support for Georgian cone pickers and the local population. I hope this initiative will proceed in future.”

On 30th June 2012 Teresa Owen from Fairwind and Paul Hayman, MD of MA Assist, travelled to Odense in Denmark to hand over the 10,000 £ they raised to renovate the local school in Tlugi, Ambrolauri, the remote and poor cone picking region of Georgia.

The presentation took place just before Katie Melua’s concert in Odense, the perfect location given that Katie is patron and supporter of the Danish fair trade initiative Fair Trees. Paul and Teresa presented the cheque to the Georgian Ambassador to Denmark, Nikoloz Rtveliashvili and Irakli Dvali, president of The Bols Xmas Tree Fund in Georgia, was also present as well as Marianne and Lars Bols, the founders of Fair Trees.

Marianne and Lars also met Katie Melua before the concert to update her on the progress of Fair Trees and the school renovation and to thank her for her continued support of Fair Trees.

The presentation went smoothly, in front of a TV camera from a Georgia TV station as well as photographers and a crowd of Fair Trees supporters, associates and employees. 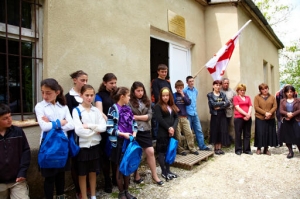 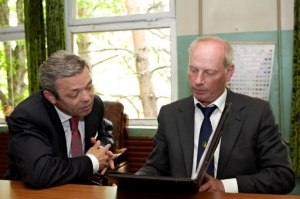 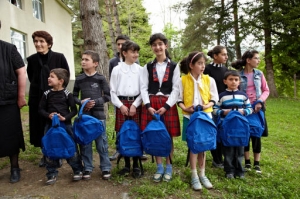 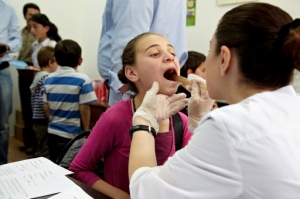 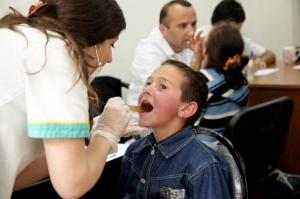