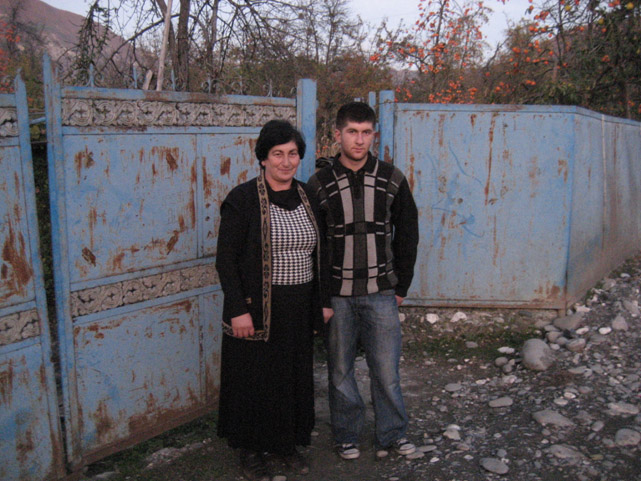 Anna Khedeliana lost her husband Giorgi Enukidze in 2001 whilst he was working for a company harvesting seeds in Tlugi. He climbed up a tall tree which had previously been trimmed at the top in order to make the harvesting easier. When he reached the weakened top it was not able to hold him and both he and the top plummeted to the ground. Giorgi Enukidze was 49 years old and left a wife and three children behind when he died. Since the family had no insurance they were placed in a grave predicament by the death of the husband and father. The state pays only a small annuity as long as the children are under eighteen.
The Georgian seed company paid for the funeral…
Anna continues to collect seeds for the same company and is still without safety equipment. Her own son has collected 1 ton of cones so far this year. 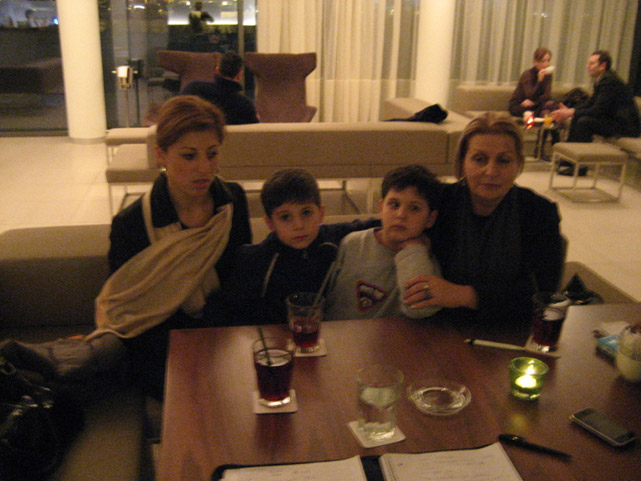 Levan Kobakhidze only lived to sixteen years of age. His school was closed due to the civil war, and wanting to help his family in Tbilisi, he began working with some friends in the forest. In 1993 while harvesting cones in Tlugi, he fell from a great height when attempting to jump from one tree to another. There was no compensation or insurance. The family barely managed to pay for the funeral, and were unable to give him a proper burial lot.
After his son’s death, the father subsequently suffered depression and committed suicide a few years later. He left behind his wife Leila Kobakhidze and his twin daughters, Tea and Teona. 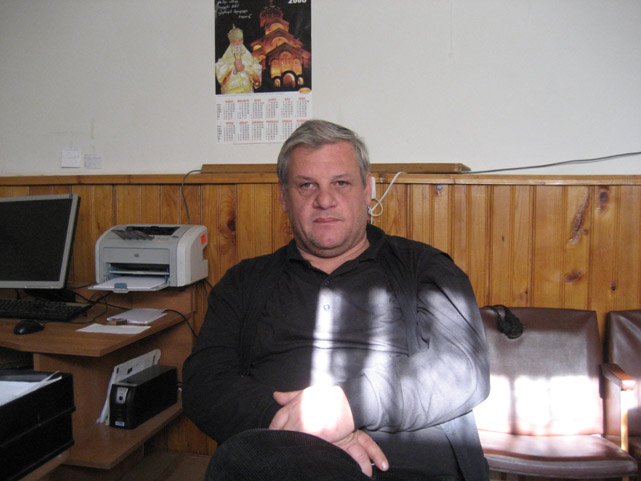 In 1994 Gaga Namgaladze attempted to jump from one tree to another. Upon landing in a tree, the top snapped and Gaga Namgaladze plunged to the ground and died. He was 26 years old. Gaga Namgaladze left behind a wife and a two-year-old daughter. There was insurance nor compensation from the state. Together with the rest of his relatives, Gaga’s brother Rati Namgaladze had to help the unfortunate family.

The daughter Natia Kharebashvili in front of that fir tree from which her farther fall in his death
6th of September 2011 Ivane Kharebashvili fall in his death.
Ivane Kharebashvili, 54, physician and mathematician, was a teacher for years in Glola School. He lived in Glola (a resort village just a few kilometres south of the conflict region, Osetia) with his wife, also a teacher, and his three married daughters aged 31, 29 and 27.
Someone from Ambrolauri called to say they needed cones, so he climbed the fir trees close to his garden to collect some. (As soon as there is an opportunity to earn some extra income the people in this impoverished region take it, without really knowing who they are working for). Two ten years old boys were waiting to collect the cones thrown down by him when suddenly the tree branch broke and Ivane fell from the tree which was almost 40 metres high. The scared children called for help and when the ambulance came he was dead already. He broke his neck and had a many injuries on all over his body.
His wife Lali Kharebashvili said that she cleaned the blood from his body and prepared it for his funeral She gave the cones to the children to sell, saying said she could never live off the proceeds of the cones which had caused the death of her husband.
The vidow Lali Kharebashvili asked us to help her to tell her story to those who profit from the risks that the poor take, without any regard for their safety, even making money from their deaths. Nobody even came and asked her what had happened.
Lali Kharebashvili said, ”such people do not understand how big a loss it was for our family which lived in love and peace for 31 years. Cone picking should be strictly controlled and safety measures enforced for cone pickers”.